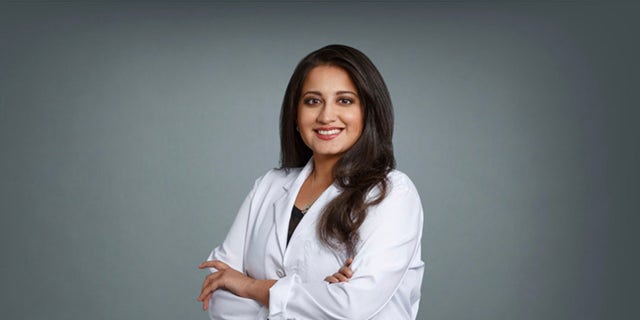 Sesame has just been named the ninth major allergen in the U.S. by the FDA — but some companies have created a “workaround” that allows them to avoid removing sesame from their products.

The tiny seeds can cause a big reaction in some people who are highly allergic, according to experts.

Whether it’s sesame seeds on a bagel or sesame flour in baked goods, allergist and immunologist Dr. Purvi Parikh shared with Fox News Digital that sesame as an ingredient can be life-threatening to some.

WHAT TO DO IF YOU GET AN ALLERGIC REACTION: SYMPTOMS, CAUSES AND PREVENTION

“It’s in so many foods,” said New York-based Parikh. “It’s often a subtle allergen that many people may not realize, but it can be life-threatening.”

Dr. Purvi Parikh, allergist and immunologist with Allergy and Asthma Network in New York, told Fox News Digital that sesame “is in so many foods.”
(Dr. Purvi Parikh/NYU Langone)

The nearly two-year wait allowed food brands and manufacturers the time to comply with the new law.

It requires clear labeling of sesame in food items, as well as any resulting fixes needed regarding existing manufacturing processes.

Jason Linde, senior vice president of government and community affairs for Food Allergy Research and Education (FARE), confirmed this window of time for brand compliance. He said he has long awaited recognition that some 1.6 million Americans suffer with this allergy.

“Previous to the law, [sesame] was just labeled as a spice or natural flavor,” Linde, who is based in the Washington, D.C. area, told Fox News Digital in an interview.

“So, you never knew what you were going to get, but thankfully, we passed this bipartisan law,” he said.

“We have updated our allergen guide accordingly and are sharing this information with our guests.”

With the FDA and the government backing FARE’s efforts, Linde said he expected U.S. brands and manufacturers to respect the law, as well as customer sensitivity to sesame.

Instead of ensuring the removal of all traces of sesame from products sold to the public — which would necessitate the suppliers clearing appropriate facilities and factory lines of the seed — some major food brands such as Wendy’s, Olive Garden and Chick-fil-A have added more sesame to their menu items instead, said Linde.

PEANUT ALLERGY COULD BE TAMED IN SOME KIDS USING ORAL IMMUNOTHERAPY: STUDY

This serves as an “economic shortcut” for brands to explicitly label that there is sesame in their products, instead of pushing — and funding — clean manufacturing lines, said Linde.

Olive Garden revealed that its suppliers have added less than 2% more sesame flour to their breadsticks due to “the potential for cross-contamination at the bakery,” the company said in a statement to Fox News Digital.

“We have updated our allergen guide accordingly and are sharing this information with our guests,” Olive Garden said.

An order of breadsticks from an Olive Garden location in Tiskilwa, Illinois, are shown on Tuesday, Sept. 1, 2015.
(Daniel Acker/Bloomberg via Getty Images)

Wendy’s has reportedly added sesame flour to its buns, which the brand credits to a “frequently” evolving menu, in a statement sent to Fox News Digital.

“We take food safety and allergen matters very seriously,” the company said in the statement.

The spokesperson reiterated that it’s an “industry-wide matter” as brands source from multiple suppliers across the nation.

“Like others in the restaurant industry, Wendy’s nutrition and allergen information was updated recently to include sesame, where applicable, in advance of the January 1, 2023, effective date of the FASTER Act,” the statement also said.

Chick-fil-A told Fox News Digital that the brand “did not want” a recipe change for sesame flour to be added to its white and multi-grain brioche buns — but that its bread suppliers found it necessary to do so.

“We were informed of the need for this recipe change by our bread suppliers, who are unable to guarantee with certainty that their production lines for our white bun and multi-grain brioche bun are sesame-free,” the company wrote in a statement.

“This is a nationwide issue that is impacting multiple restaurant brands across the country,” the company’s statement also said.

‘HOLD THE ONION,’ AMERICANS TELL UBER EATS – AND OTHER FASCINATING FOOD FINDINGS OF 2022

“It’s also important to note that unfortunately, there are no sesame-free bread suppliers that could consistently supply Chick-fil-A’s bread volumes,” the statement also noted.

A Chick-fil-A spokesperson revealed in a second statement that the company cannot ensure sesame-free menu items due to shared production lines in supplier facilities.

It is an “industry-wide matter” as brands source from multiple suppliers across the nation, the spokesperson reiterated.

A chicken sandwich with waffle fries is pictured at the Chick-Fil-A restaurant in Dedham, Massachusetts, on Nov. 8, 2017.
(David L. Ryan/The Boston Globe via Getty Images)

While sesame is most frequently found as an ingredient in baked goods such as cookies, crackers and breads, the baking industry is reportedly a major player in adding sesame to products, said Linde.

ABA is not responding, says Linde

Ahead of the news that sesame would be considered a major allergen, Linde revealed that the American Bakers Association (ABA) publicly ensured its ability to comply.

“They decided that they would comply by taking, frankly, a regulatory shortcut.”

During a July 2021 episode of the podcast “Bake to the Future,” ABA regulatory expert Meaghan Meyer said that even though compliance with the FASTER Act is a complex matter for bakeries, she understands that it’s the “right thing to do.”

NEW COVID OMICRON SUBVARIANT XBB.1.5 IS ‘SPREADING LIKE WILDFIRE’ IN US: HEALTH EXPERTS REVEAL WHY

Meyer added that creating sesame-free operations is doable since ABA has “had the practice” and the experience.

“It’s going to push bakers to think more creatively and to definitely do deeper dives into their equipment design and their sanitation practices,” she also said at the time.

But the ABA has yet to crack down on clean lines as time has run out, Linde said.

“What we can’t understand is why a bakery in Toronto can somehow magically remove sesame, yet a bakery in Tennessee just can’t.”

And despite ongoing conversations in which FARE encouraged the ABA to “do the right thing,” Linde revealed that the association assumedly made an “economical decision.”

“They just decided that they would comply by taking, frankly, a regulatory shortcut,” he said.

POTATOES AREN’T ALWAYS BAD FOR YOU — IT’S ALL IN THE PREPARATION, NEW STUDY INDICATES

Fox News Digital reached out to the American Bakers Association but did not hear back.

FDA weighs in on sesame issue

The FDA “does not support” the workaround from these brands, but they’re technically not disobeying the law, the agency said in a statement to Fox News Digital.

The American Bakers Association (ABA) is the only bakery-specific national and state trade association, serving members of global wholesale companies and baking industry suppliers, according to its website.
(iStock)

“While a practice of adding sesame and then declaring it on the label is not violative, it would make it more difficult for sesame allergic consumers to find foods that are safe for them to consume, a result that the FDA does not support,” the FDA said.

“The easiest fix is for the bakers to realize they’ve made a strategic mistake and say, ‘We want to serve this community.'”

“Requirements for allergen labeling apply to both domestically produced and imported products. It is the responsibility of the companies to ensure that their products meet applicable FDA requirements.”

Other countries have incorporated safety measures

Creating sesame-free environments and offering clear labeling for consumers is accomplished “every day” in other countries, Linde said.

“Canada has labeled sesame for years,” he said.

“And what we can’t understand is why a bakery in Toronto can somehow magically remove sesame, yet a bakery in Tennessee just can’t.”

A spoonful of sesame shown above left; a woman holds a bagel with sesame seeds and other ingredients, above right. FARE is still “very hopeful” that large brands and bakers will “demand changes” and recognize that sesame-free food items are attainable, senior vice-president Jason Linde said.
(iStock)

The “bottom line” for these organizations, according to Linde, is that they just don’t want to spend the money on these production changes.

FARE is still “very hopeful” that these large brands and bakers will “demand changes” and recognize that sesame-free food items are attainable, Linde said.

“The easiest fix is for the bakers to realize they’ve made a strategic mistake and say, ‘We want to serve this community,’” he added.

“’We’re going to follow the spirit, intent and the letter of the law,” he continued.

“We’re going to clean our lines, like our colleagues do in Canada and in the EU and in Australia and in New Zealand. And we’re going to do the right thing.’”

Angelica Stabile is a lifestyle writer for Fox News Digital.

A woman in the United States can, reportedly, only try to eat 9 food items — due to the fact...